Help Setting Up a Welfare Board

What Are Welfare Boards? 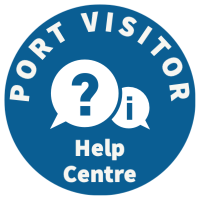 Welfare Boards, like countries and ports, come in many different shapes and sizes. There are, however, two distinct types of Welfare Board as follows:

National Seafarers’ Welfare Boards (NSWB) – coordinates seafarers’ welfare within a state and, where appropriate, its dependencies. The role of a NSWB is to ensure that working, domiciled and visiting seafarers are provided with the highest standard of welfare provision within available resources. NSWBs are encouraged in States with significant ports and numerous associated local Welfare Boards exist or are planned to be created. In exceptional circumstances a National Welfare Board be a Port Welfare Board eat the same time e.g. Singapore.

Regional or Local Seafarers’ Welfare Boards (also known as Port Welfare Committees (PWC)) – coordinate seafarers’ welfare at a regional or local port level and, where they exist, are considered the ‘eyes and ears’ of their National Welfare Board. Often viewed as the NSWB local/regional welfare sub-committees, PWCs bring together representatives from the local maritime community to support and improve seafarers’ welfare facilities and services.  PWCs ensure quality service provision across a region or major port area. Although a PWC can operate independently, the benefits of working collaboratively as part of a national structure are widely acknowledged. Where appropriate, PWCs encourage and promote the establishment of port levy schemes to help support and sustain the funding of welfare facilities and services such as seafarers’ centres and port transport.

WHY HAVE A WELFARE BOARD?

The maritime sector is a disparate, global industry in which seafarers’ welfare and wellbeing is assuming an ever increasing importance. No matter what technological advances are made the maritime industry depends on the seafarer for the safe passage of ships and their cargoes.  Welfare Boards encourage the maritime community to work in partnership with one another and ensure seafarers welfare is properly supported.  Viewed as the “gold standard” in partnership working, the value of Welfare Boards as effective welfare forums has long been acknowledged by the international maritime community, in particular the United Nation’s International Labour Organisation (ILO). The latter promotes their development alongside port welfare facilities and services within MLC, 2006 Regulation 4.4.  Welfare Boards provide the forum to benefit States, Ship Owners (through their representatives), Port Owners and Authorities, Unions, Voluntary Organisations and, most importantly, support the services to the seafarers themselves.

“The existence of PWCs in ports provides or generates some extra funds to maintain and develop existing services and facilities. The PWCs resulted in better coordination of services and through PWCs port welfare workers get to know other key players in their ports. Some talked about the benefits of sharing information and best practices. It is recommended that all the agencies in the seafarers’ welfare sector should recognise the importance of the PWCs for seafarers’ welfare.”

“Extra efforts need to be made for the establishment of PWCs in ports where the system does not exist.”

WHERE DO & SHOULD WELFARE BOARDS EXIST?

The exact number, location and effectiveness of national and/or local Welfare Boards around the world is unknown. As a result, one of the objectives of the pilot project is to capture meaningful data on their existence in order to create a port welfare network.

Compared to the number of major ports worldwide, there are only understood to be a small amount of national and local Welfare Boards in existence.  However, it is known that there are many Seafarers’ Welfare Committees associated to numerous Seafarers Centres around the world which, with the addition of key maritime personnel, have the potential to become effective Welfare Boards.  Organisers of such Committee are requested to message the pilot project team via the Contact Us webpage.

WHEN & HOW SHOULD WELFARE BOARDS MEET?

Subject to geographical or financial constraints, it is recommended that both National and local Port Welfare Committees meet a minimum of twice and maximum of 4 times per annum.  Ideally, all meeting dates should be mutually agreed for the year ahead at the last meeting of the preceding year.  One meeting should be selected to ‘double up’ as an Annual General Meeting in order that the vote for a Chairman and Vice Chairman can take place.  The venue and date for each meeting should be confirmed at the preceding meeting.  It is further recommended that meetings start at 11:00 a.m., take no longer than 1-2 hours to complete and be followed by a light lunch to offer members the opportunity to network.